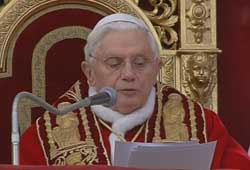 CATHOLIC WORLD NEWS: SUN. DEC. 27, 2009: HEADLINES-
VATICAN: POPE EATS WITH POOR/MESSAGE FOR FEAST OF THE HOLY FAMILY-
EUROPE: ITALY: WOMAN KNOCKED DOWN THE POPE, TRIED THE SAME LAST YEAR-
AMERICAS: CANADA: CHARITIES SEE DROP IN AID-
AFRICA: NIGERIA: 23 YEAR OLD TRIES TO BLOW UP PLANE-
ASIA: SRI LANKA: NUNS OF GOOD SHEPHERD HELP POOREST AT CHRISTMAS-
AUSTRALIA: FEWER DONATE TO ST. VINCENT DE PAUL CHARITY-
VATICAN
POPE EATS WITH POOR OF ROME
Pope Benedict XVI visited a soup kitchen in Rome’s Trastevere neighbourhood to have lunch with the poor on Sunday. The Pope said he came to eat with the poor to tell them he is close to them and loves them; he said their situation is never far from the thoughts of the Pope but are at the heart of the community of believers. (source: http://www.radiovaticana.org/en1/Articolo.asp?c=345195
VATICAN
POPE'S MESSAGE FOR FEAST OF THE HOLY FAMILY 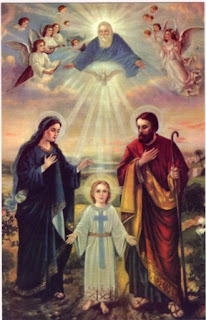 Pope Benedict reflected on the Family before reciting the Sunday Angelus on the Feast of the Holy Family of Jesus, Mary, and Joseph.He said the Christian family does not consider children possessions, but educates them to have the freedom which enables them to say yes to God, and to do his will.In the Gospel reading, Jesus, just 12, is in the temple, without his parents knowing. Pope Benedict says in this passage we see the true meaning of Christian education, which is the fruit of an ongoing collaboration between educators and God. He said in Bethlehem we see with the shepherds that God chose to born of in a human family and the human family thus stands as an icon of the Trinity because of interpersonel love as well as its mission to procreate life. (source: http://www.youtube.com/watch?v=Not_7h_W774

EUROPE
ITALY: WOMAN WHO KNOCKED DOWN THE POPE TRIED THE SAME LAST YEAR
NYDailynews.com reports that the Vatican says the woman who jumped the barricade and toppled Pope Benedict XVI to the floor during Christmas Eve Mass is the same one who tried to reach him at Midnight Mass las 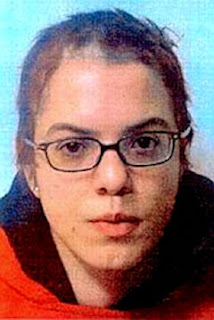 e Sisters of the Good Shepherd held a Christmas party for poor children of the community of three villages near Jael, 25 km from Colombo. On the afternoon of December 22 nuns invited 52 children from Wewala, Weligampitiya and Kalaeliya (photo) to the hall adjacent to their convent for a party of two hours with songs and dances, the representation of Jesus' birth and the delivery of gifts. The children are students of the afternoon school organized by the sisters. Sister Lusine, superior of the convent, tells AsiaNews that she has identified her young students on visits to two parishes in the villages. With her sisters and 12 teachers she allows poor and sick children to attend school despite the economic difficulties of their families or health problems.
"The classes are open Monday, Wednesday and Friday from 4 pm up to 5.30 - says Sr. Lusine - and we teach children Sinhala, English and mathematics. The educational work of the Sisters of the Good Shepherd offers classes for children in primary schools, from 3rd to 9th grade”.
The celebration was an opportunity to "share the joy of Christmas with children and their families" and small students received the gift of school supplies. On mother tells: "Our children received a present of a uniform and exercise books for the lessons which they will use next year."
The children described the festival as "a memorable day." Erandhi, one of them says: "We had never received gifts from our schools and we are full of gratitude for the gifts and for the help they give us by allowing us to attend a school for free."
(SOURCE: http://www.asianews.it/index.php?l=en&art=17209&size=A
AUSTRALIA
FEWER DONATE TO ST. VINCENT DE PAUL CHARITY
Cath News reports that St Vincent de Paul reported a 15 percent drop in donations to its Christmas appeal, while the Smith Family Christmas appeal response is at least a third short, leaving the charities stretching to help needy families.
Smith Family executive director Paul Henderson said the charity was at least $500,000 short of its national target of $4.5 million, according to the Herald Sun.
"It could be as much as $700,000, which is a lot of money for a charity," he said.
The Smith Family depends on donations to deliver thousands of food hampers and toy and book packs to disadvantaged families and fund ongoing programs for needy kids including homework clubs and reading lessons.
Donations to the St Vincent de Paul Society's Christmas appeal have also slumped by about 15 percent, the Herald Sun report said.
"People are still giving but they're giving less," said St Vincent de Paul state general manager of marketing and fundraising Carol Taylor.
Vinnie's aims to raise $1 million in Victoria to provide bedding, food and clothing to the homeless, refugee families, the elderly and women and children escaping domestic violence.
"Overall demand is up about 20 per cent," Ms Taylor said.
The Salvation Army, however, is confident it will meet its target to pass on 400,000 gifts this year compared with about 350,000 last year. (SOURCE: http://www.cathnews.com/article.aspx?aeid=18410
TODAY'S SAINT
St. John the Apostle
APOSTLE
Feast: December 27
Information:
Feast Day:
December 27
Born:
6 AD, Galilee, in the Holy Land
Died:
101, Ephesus, Asia Minor
Pat 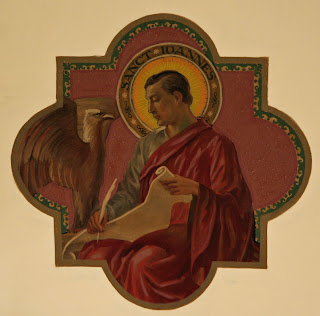