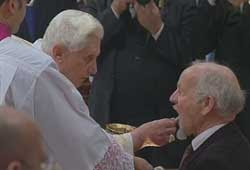 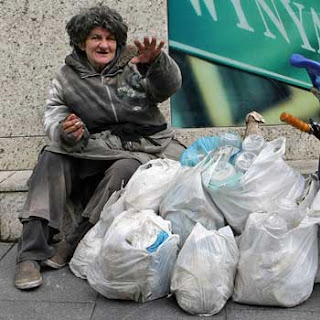 they're eating poorly or simply eating less.
It's yet another sign of today's tough economy. But thousands of non-profits and faith-based organizations are fighting back.
"People come to us looking for a well-balanced, nourishing kind of meal and we just keep serving till the food runs out," said Mana Masters of First Lutheran Church in Norfolk, Va.
First Lutheran has teamed with other local churches to provide hot meals to the public. Lunch is served every day of the week.
"For a lot of people, this is it," Masters said. "This is their only source of food."
The 15-year ministry helps many homeless people and with today's economy, those numbers are growing.
"People are desperate." Masters explained. "Incomes are dropping and they're relying on the grace of churches and volunteers and people in their community to support them."
As high unemployment continues, many non-profits are working over-time.
Ghent Area Ministries
Martha Gorman's church-based ministry, Ghent Area Ministries, helped 700 more clients this year than last. Food bag requests tripled.
The problem, said Gorman, is not just job loss but fewer hours and benefits.
"I have so many people come in the door and say - 'I'm $2 over the limit for food stamps' and you think - what? And they have a family of four or five to feed," Gorman said.
Debby Fava is one of those people. She works two jobs, seven days a week to provide for her disabled husband and daughter. But Fava has a secret weapon - Angel Food Ministries.
Angel Food Ministries
Angel Food Ministries distributes half a million boxes of food to churches around the country each month. The restaurant quality food is often half price, and available to anyone who orders.
"At the end of each month, I have to look at--what do I pay, ok, I need to keep the power on, I need to have food and just the opportunity to have food at a lower price has been an absolute blessing," Fava explained.
Angel Food customer Kelsay Shepard lost his job at a furniture store months ago. He's now an experienced job seeker.
"I've applied for jobs that I'm qualified for, underqualified for, overqualified for - it's just not a good time to be job-hunting," he said.
So Angel Food, along with odd jobs and food stamps is keeping Shepard afloat - for now.
Kelsay, like so many Angel Food customers, wants no part of soup kitchens or food banks. In that respect, he's typical of many of today's hungry - people simply seeking a hand-up rather than a hand-out.
"It's not a giveaway - they have to buy it," Pugh insisted. "So it's giving dignity to folks when they come in. I eat it myself so it's just great. I haven't lost weight yet!"
Hunters for the Hungry
Helping the hungry can take so many forms. One group, Virginia-based Hunters for the Hungry, takes advantage of hunters' bounty.
It's an age-old idea: Hunters bring in what they can't eat. Butchers then process it and distribute the meat to local non-profits.
"It's quite a gourmet item. If you go to buy farm-raised deer, it's in the six to seven dollar a pound range," Hunters' Richard Edmondson said.
Across the country, hunters are catching the concept and bringing in high quality protein that so many cannot afford.
No one knows exactly how many non-profits are meeting food needs, let alone how many individual Americans are helping their neighbor. But with the number of hungry at the highest level in years, these ministries are keeping stomachs full and no doubt nourishing hearts and minds as well.
(source: http://www.cbn.com/cbnnews/us/2009/December/Ministries-Provide-Aid-to-Americas-Hungry/
IMAGEhttp://media.canada.com/18999381-a686-495f-8661-8264cdefbb6b/1poor.jpg
EUROPE
IRELAND: MORE RESIGN FROM BISHOP'S OFFICE
Press Release from Irish Conference of Bishops:
Bishop Éamonn Walsh and Bishop Raymond Field offer their resignation to His Holiness Pope Benedict XVI
We, Bishop Eamonn Walsh and Bishop Raymond Field, have this evening informed Archbishop Diarmuid Martin that we are offering our resignation to His Holiness, Pope Benedict XVI, as Auxiliary Bishops to the Archbishop of Dublin. As we celebrate the Feast of Christmas, the Birth of our Saviour, the Prince of Peace, it is our hope that our action may help to bring the peace and reconciliation of Jesus Christ to the victims/survivors of child sexual abuse. We again apologise to them.Our thoughts and prayers are with those who have so bravely spoken out and those who continue to suffer in silence.We will not be saying anything further at this time.Signed: Bishop Eamonn Walsh Bishop Raymond Field
(source: http://www.catholicbishops.ie/index.php?option=com_content&view=article&id=1161:24-december-2009&catid=17:news
AFRICA
BURUNDI: ALBINO SEEK PROTECTION FROM KILLINGS & DISCRIMINATION

All Africa reports that long used to discrimination, Burundi albinos now want state protection and recognition.
This comes even as there are cases in court over albino killings.
"We want the government to protect us and be considered like other persons. We are excluded in many spheres of life including employment," said the Albino Association of Burundi communications manager Pascal Matabishi Bikaya.
"We need special skin doctors because of our sensitivity to the sun," he added.
They also want to have one of their own to represent them in parliament like the case in Tanzania.
The association wants the government to come up with a law compelling parents to keep their albino children in school.
It also wants government to carry out a census to determine the real numbers of the albinos as a basis of supporting them.
To demonstrate the challenging life of an albino in Burundi, Kassim Kazungu now has to be on the lookout for a marauding merchant of death.

Each new day could as well be Mr Kazungu's last considering the lucrative gruesome business where the body of one albino could fetch as much as $500,000.
Mr Kazungu, the president of the Albino Association of Burundi, has reason to worry: nine albinos were killed in 2008 and three in 2009 with one disappearing without trace.
"The killings of albinos has unfortunately turned into a business as a result of greed for money with bogus witchdoctors claiming that our body parts can bring about quick money and prosperity," Mr Kazungu said.
"We were not really affected by the civil wars in Burundi but its only the recent killings of albinos that are making our lives more miserable," he added.
Machete wielding robbers
The death merchants attack with machetes, snatch children from their parents' arms and even exhume bodies of dead albinos to smuggle them to neighbouring Tanzania where the limbs, hands, hair, organs and blood are sold to local sorcerers.
Dead albinos are now being buried in cement-sealed graves to protect them against grave robbers.
The growing trade in albino body parts comes as no surprise in the region as many central Africans believe that albino flesh has magical powers thanks to widespread sorcery.
Albinos in Burundi live with discrimination every day right from their homes, community, school and work.

According to Mr Kazungu, some parents have even disowned their albino children while others keep them hidden.
"I was lucky my parents loved and protected me to the extent they educated me to university level. Other albinos are unlucky their parents will not support them thinking that they are of no use in life or are unable," Mr Kazungu observed.
Albinism is a congenital lack of the melamin pigment in the skin, eyes and hair.
Melanin protects the skin from the sun's ultraviolet rays.
Albinos are also vulnerable to medical complications.
Health experts estimate that albinism affects one in 20,000 people worldwide.
To address stigma, Mr Kazungu suggested that the government should sensitise the public on the plight of albinos.(SOURCE: http://allafrica.com/stories/200912270081.html
ASIA
IRAN: 15 DIE IN ASHURA VIOLENCE
AsiaNews reports that five of the dead belong to the security forces; ten are opposition demonstrators, including a nephew of opposition leader Mousavi. Unrest is reported in many Iranian cities. People are i 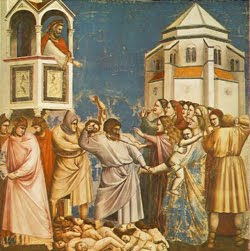