POPE WELCOMES ATHLETES FOR CHAMPIONSHIPS IN ROME
Pope Benedict XVI on Saturday received the participants in the World Swimming Championships, in Rome.The two week championships bring together competitors in five different areas of athletic endeavour including synchronized swimming, water polo and diving, as well as the traditional and open water swimming disciplines.The President of the International Swimming Federation, FINA, Julio Maglione spoke words said the Sport is a wonderful tool to promote the values of Peace and Friendship. He said is also a superb vehicle for the improvement of Health and of Citizenship, thus contributing to a better worldwide lifestyle in which the respect for the other and fair play are essential principles for enhanced cutural exchange. The Pope spoke of the importance sport in the integral moral education of the human person. He said that we should have gratitude for God given gifts and the desire to help others to use their own gifts in building a better an more united world.
(Edited from http://www.radiovaticana.org/en1/index.asp

ASIA
DEATH OF PRIEST WHO PROMOTED SANCTITY OF MARRIAGE
UCAN reports that in Pakistan people are mourning the death of a Sri Lankan missioner who was considered an expert on matrimonial issues.
Father Clement Sethupathy, 72, died July 22 as a result of multiple health problems including diabetes, kidney failure and heart trouble. About 400 people including two Catholic bishops, 50 priests and several nuns attended his funeral on July 24 at the Cathedral of Sts. Peter and Paul in Faisalabad.
Father Bashir Francis, former vicar general of Faisalabad, paid tribute to the late priest at the funeral, saying, "Hundreds of Catholic couples sought his help in conjugal matters."
"He always used to consult the parents of the married couples" and the doctor's reports in some cases "before offering his own judgment," said Father Francis. "He had a deep understanding and respect for the importance of family in Pakistani culture. He was a great defender of the sanctity of marriage even when couples wanted a divorce."
Father Sethupathy, who had a doctorate in Canon Law, spent 45 years in Pakistan. He served as the deputy secretary general of the Pakistan Catholic Bishop's Conference from 2002-2006 and was in charge of the diocesan marriage tribunal for more than 10 years.
Bishop Joseph Coutts of Faisalabad said: "The death of the beloved priest has left a big gap in the diocese."
Father Sethupathy, the son of a lawyer, was the youngest of three in a Catholic-educated family. The priest, who was from Wellawatte, studied at St. Sebastian College in Moratuwa, in Colombo archdiocese. He joined the priesthood and later went to Pakistan.
There are currently over 20 priests, six brothers and 30 nuns from Sri Lanka serving in Pakistan.(Edited from: http://www.ucanews.com/2009/07/30/church-mourns-death-of-marriage-counselor-priest/
AMERICA
GIRL'S 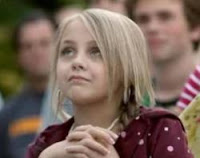 The Sixth European Congress of the Christian Family Movement took place last week at the Archabbey of Pannonhalma in Hungary. The keynote speaker, Bishop László Bíró, explained to participants that families must rediscover their values in order to pass the faith onto others.
The conference, which had the theme, “The renewal of Europe through the spiritual renewal of families,” was attended by 560 people ranging from children to the elderly.
The conference takes place every three years. Bishop László Bíró explained that spiritual renewal is necessary in order to evangelize society: “Spiritual renewal means starting again from Jesus Christ. It means rediscovering our values: the institution and the sacrament of marriage, the biblical image of man and the domestic church. It is the authentic realization of these values in our lives and the overflow of this life and faith that make it possible for us to pass on faith to others.”
He continued, “This is our mission, a responsibility for each one of us, within the family and, through the family, in society."
A highlight for many attendees was daily Mass in the 1,000 year-old Basilica of Pannonhalma celebrated by Bishop Bíró along with priests from all over the world. One organizer noted that the families left the conference with a deeper understanding of faith, hope and joy.
The next European Congress will be held in Slovakia in 2012.(Edited from: http://www.catholicnewsagency.com/new.php?n=16718
AUSTRALIA
MOURNING DEATHS OF 2 KILLED IN JAKARTA BOMBINGS
Friends and family have farewelled Perth businessman Nathan Verity and Austrade official Craig Senger, who were killed in the recent Jakarta bombing, in services on opposite sides of the country.
Mr Verity's funeral was held at the St Patrick's Basilica in Fremantle, while Mr Senger's was held in Canberra's St Andrew's Presbyterian Church, The Age and Perth Now reported.
Mrs Verity said her husband had battled prostate cancer in 2006 and "he willed himself to a speedy recovery".
The couple first moved to Jakarta in 2003 and returned to Australia in 2004.
Mr Verity had then divided his time between the two countries. He was one of three Australians killed on July 17 in the suicide bombing at the Jakarta's Marriott Hotel.
Mr Verity and Mr Senger, along with fellow Australian mining executive Garth McEvoy, were among the nine killed in the attacks on the JW Marriott and the Ritz-Carlton hotels.
Tim Harcourt said Mr Senger believed in Austrade's mission of helping Australian companies in order to better the lives of ordinary people.Mr Senger was a proud Austrader and trade unionist, Mr Harcourt said. (Edited from: http://www.cathnews.com/article.aspx?aeid=15488
TODAY'S SAINT 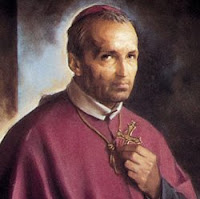 Born at Marianella, near Naples, 27 September, 1696; died at Nocera de' Pagani, 1 August, 1787. Alphonsus's father, Don Joseph de Liguori was a naval officer and Captain of the Royal Galleys. The Saint's mother was of Spanish descent. He was the eldest of seven children. At the age of sixteen, on 21 January, 1713, he took his degree as Doctor of Laws.he left free for his real work, the founding of a new religious congregation. At the age of thirty, he was ordained priest. (With files & picture from: http://www.ewtn.com/saintsHoly/saints/A/stalphonsusliguori.asp
SAINTLY QUOTE
It is no use walking anywhere to preach unless our walking is our preaching. St. Francis of Assisi

TODAY'S GOSPEL
Matthew 14: 1 - 12
At that time Herod the tetrarch heard about the fame of Jesus;
and he said to his servants, "This is John the Baptist, he has been raised from the dead; that is why these powers are at work in him."
For Herod had seized John and bound him and put him in prison, for the sake of Hero'di-as, his brother Philip's wife;
because John said to him, "It is not lawful for you to have her."
And though he wanted to put him to death, he feared the people, because they held him to be a prophet.
But when Herod's birthday came, the daughter of Hero'di-as danced before the company, and pleased Herod,
so that he promised with an oath to give her whatever she might ask.
Prompted by her mother, she said, "Give me the head of John the Baptist here on a platter."
And the king was sorry; but because of his oaths and his guests he commanded it to be given;
he sent and had John beheaded in the prison,
and his head was brought on a platter and given to the girl, and she brought it to her mother.
And his disciples came and took the body and buried it; and they went and told Jesus.
Posted by Jesus Caritas Est at 1:30 PM