Pope Benedict XVI during his Wed. audience said that the Year of the Priest is "a valuable opportunity to deepen the importance of the mission of priests in the church & the world." He mentioned the example of St. Alphonsus of Liguori, founder of the Redemptorists, as a great teacher of moral theology and model of virtue in Christian pastoral dedication, who was alwsays attentive to religious needs of his people. He also spoke of St. John Vianney as a model of priestly life. He said he would dedicate his catechesis during next Wed. general audience to him.

(With files & pictures from: http://www.radiovaticana.org/en1/index.asp
*
*

Aquino's 1986 "People Power" revolution toppled dictator.
Ferdinand President Gloria Arroyo, went to the funeral on August 5, which she's declared a commemorative holiday.
Pope Benedict XVI sent his condolences, describing Mrs Aquino as a "woman of deep and unwavering faith" and saying he was "deeply saddened" by her death, the Philipine's Inquirer reported. Her efforts were a vital "contribution to the rebuilding of a just and cohesive political order in her beloved homeland," the pontiff said in a telegram signed by Vatican Secretary of State Cardinal Tarcisio Bertone.
The assassination in 1983 of her husband, former president, made Aquino popular his widow a popular figure. (With files & photo from: http://www.cathnews.com/article.aspx?aeid=15506
AUSTRALIA
HELPING HOMELESS THROUGH HOUSING
Cath News Australia reports that Catholic Community Services said its trial Housing Support Program's "holistic approach" in working with 77 homeless people in Sydney has achieved a 78 percent success rate in an evaluation by the Australian Catholic University.
"The Housing Support Program aims to prevent the revolving door scenario ... (It) works alongside clients, advocating for them and assisting them to navigate through the many complex and challenging processes involved in housing and independent living," the organisation said in a media statement.
"The program differs from others in that it has provided outstanding results at an average cost of $7,000 per client. This is a cost effective approach to addressing homelessness.
The organisation presented a case study of 66 year old Jack, who had an undiagnosed mental condition and was living in "extreme domestic squalor" and "a history of previous episodes of sleeping rough when necessary."
"Consequently, housing options were provided by Catholic Community Services' Assistance with Care and Housing for the Aged program, with Jack submitting an application to NSW Department of Housing areas of his choice," the organisation's statement said.
Jack has since moved on to reside in a local Department of Housing building and is receiving a community Aged Care Package specifically designed for someone who has previously experienced homelessness.
Catholic Community Services believes such measures account for its programme's success.
(Edited from: http://www.cathnews.com/article.aspx?aeid=15505

AMERICA
DEDICATED HELPERS OF THE HOMELESS

CNA reports that the demolition of a parish rectory did not stop a dedicated group at St. Anthony’s Parish in Davenport, IA from serving meals to the hungry five days a week. When they were left without a location to operate from, McAnthony Window simply moved into the parish garage.
The window is temporarily operating out of the garage until the parish’s new hall is completed next spring. Anywhere from 125-175 people are served a sandwich, soup, treat and coffee Monday through Friday from 9-11 a.m. at McAnthony Window.
For years, it had been located in the St. Anthony rectory. Volunteers made sandwiches and soup in the kitchen and served the food from a window.
The parish decided the old rectory garage would remain standing during construction so McAnthony Window could operate on the parish campus.
“This has been a labor of love,” he noted.
Fifteen percent of the weekend collection from St. Anthony Parish goes to the Care and Share program, which includes funding for McAnthony Window, Flaherty said. Financial and food donations from businesses and individuals also help support the window.
Flaherty said schools and scout troops sometimes make sandwiches and have a teacher, coach or leader deliver the food.
“I think the kids are more humble when they realize how this benefits others,” Flaherty said.
“Our window and other service organizations are always looking for volunteers,” Flaherty said. “Consider turning off your TV and help others — wherever that might be.” (With files from: http://www.catholicnewsagency.com/new.php?n=16687

Bishop Jesus Murgui of Mallorca, Spain has expressed his condolences to the family and friends of two police officers who died after the second car bomb in 24 hours exploded in the city of Calvia on the island of Mallorca. The Basque separatist group ETA has been blamed for the attack. In a statement released on Thursday, the bishop expressed his sincere condolences to the victims' family members and at the same time commended “the eternal repose of the officers as well as the quick recovery of the wounded to the Lord of Life.” He also exhorted the Catholic community to pray for those suffering from the attack. “In response to this act of barbarism, the Diocese of Mallorca reiterates its firm condemnation of terrorism,” Bishop Murgui said. The president of the Bishops’ Conference of Spain, Cardinal Antonio Maria Rouco Varela, and his auxiliary bishops, also condemned the latest ETA attacks, recalling that terrorism is an intrinsically perverse act. Police have stepped up efforts in Mallorca to track down those responsible for the bombings, with check points at the airport and helicopter surveillance in the surrounding areas.(Edited from: http://www.catholicnewsagency.com/new.php?n=16727
AFRICA
NAIROBI: ARCHBISHOP LIFTS SUSPENSION
CISA reports that the Catholic Archbishop of Nairobi John Cardinal Njue has lifted a suspension he imposed on the Charismatic Renewal Movement five months ago.The cardinal made the announcement Friday at a meeting with the movement’s leaders at the Holy Family Basilica Cathedral, Nairobi. The movement will resume its activities under close supervision of parish priests, he said.Cardinal Njue expressed his worries that some of the Charismatic activities, like songs and prayers, were borrowed from other churches and were therefore not Catholic.“The movement concentrates more on superficial matters instead of spiritual enhancement,” he said. He urged members to take time to reflect on the guidance of the Holy Spirit.The Charismatic Renewal Movement was suspended in February but the matter came to light in May.“I have looked at other Protestant charismatic organizations and I’m afraid some of their activities are slowly trickling into the Catholic Church,” the cardinal said. “Some people are even married outside the Catholic Church and still count themselves as members of the movement,” he added. He advised members to use their devotion to the Holy Spirit in a good way and not against Catholic doctrines.“I am handling the situation as the archbishop of Nairobi. Every parish should have a place where members can meet and worship but under close supervision of the parish priests,” he said.The leaders of the movement welcomed the lifting of the suspension and promised to work under the guidelines given by the cardinal. George Ndemo, a member, said the cardinal suspended the movement’s activities in good faith and had nothing against anyone. (Edited from: http://www.cisanewsafrica.org/story.asp?ID=4052
TODAY'S SAINT 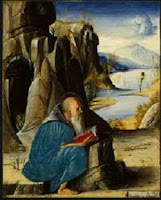 Bishop of Vercelli, b. in Sardinia c. 283; d. at Vercelli, Piedmont, 1 August, 371. He was made lector in Rome. In 340, in Vercelli, he was elected bishop. Eusebius protested against the unjust condemnation of St. Athanasius. As a result he was sent into exile, first to Scythopolis in Syria; then to Cappodocia, and lastly to Thebaid. (Edited from: http://www.ewtn.com/saintsHoly/saints/E/steusebiusvercelli.asp

SAINTLY QUOTE
Young people are threatened by the evil use of advertising techniques that stimulate the natural inclination to avoid hard work by promising the immediate satisfaction of every desire. Pope John Paul II.
TODAY'S MASS READINGS

Exodus 16: 2 - 4, 12 - 15
And the whole congregation of the people of Israel murmured against Moses and Aaron in the wilderness,
and said to them, "Would that we had died by the hand of the LORD in the land of Egypt, when we sat by the fleshpots and ate bread to the full; for you have brought us out into this wilderness to kill this whole assembly with hunger."
Then the LORD said to Moses, "Behold, I will rain bread from heaven for you; and the people shall go out and gather a day's portion every day, that I may prove them, whether they will walk in my law or not.
"I have heard the murmurings of the people of Israel; say to them, `At twilight you shall eat flesh, and in the morning you shall be filled with bread; then you shall know that I am the LORD your God.'"
In the evening quails came up and covered the camp; and in the morning dew lay round about the camp.
And when the dew had gone up, there was on the face of the wilderness a fine, flake-like thing, fine as hoarfrost on the ground.
When the people of Israel saw it, they said to one another, "What is it?" For they did not know what it was. And Moses said to them, "It is the bread which the LORD has given you to eat.
PSALM
Psalms 78: 3 - 4, 23 - 25, 54
things that we have heard and known, that our fathers have told us.
We will not hide them from their children, but tell to the coming generation the glorious deeds of the LORD, and his might, and the wonders which he has wrought.
Yet he commanded the skies above, and opened the doors of heaven;
and he rained down upon them manna to eat, and gave them the grain of heaven.
Man ate of the bread of the angels; he sent them food in abundance.
And he brought them to his holy land, to the mountain which his right hand had won.
2nd READING
Ephesians 4: 17, 20 - 24
Now this I affirm and testify in the Lord, that you must no longer live as the Gentiles do, in the futility of their minds;
You did not so learn Christ! --
assuming that you have heard about him and were taught in him, as the truth is in Jesus.
Put off your old nature which belongs to your former manner of life and is corrupt through deceitful lusts,
and be renewed in the spirit of your minds,
and put on the new nature, created after the likeness of God in true righteousness and holiness.
GOSPEL
John 6: 24 - 35
So when the people saw that Jesus was not there, nor his disciples, they themselves got into the boats and went to Caper'na-um, seeking Jesus.
When they found him on the other side of the sea, they said to him, "Rabbi, when did you come here?"
Jesus answered them, "Truly, truly, I say to you, you seek me, not because you saw signs, but because you ate your fill of the loaves.
Do not labor for the food which perishes, but for the food which endures to eternal life, which the Son of man will give to you; for on him has God the Father set his seal."
Then they said to him, "What must we do, to be doing the works of God?"
Jesus answered them, "This is the work of God, that you believe in him whom he has sent."
So they said to him, "Then what sign do you do, that we may see, and believe you? What work do you perform?
Our fathers ate the manna in the wilderness; as it is written, `He gave them bread from heaven to eat.'"
Jesus then said to them, "Truly, truly, I say to you, it was not Moses who gave you the bread from heaven; my Father gives you the true bread from heaven.
For the bread of God is that which comes down from heaven, and gives life to the world."
They said to him, "Lord, give us this bread always."
Jesus said to them, "I am the bread of life; he who comes to me shall not hunger, and he who believes in me shall never thirst.
Posted by Jesus Caritas Est at 9:22 PM