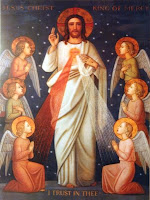 PLEASE DONATE TODAY THANK-YOU. GOD BLESS.Jesus Caritas Est, Catholic Daily News, celebrates its 3RD anniversary. http://jesuscaritasest.org was established in 2009. This DAILY service began in response to the universal call for charity in Pope Benedict XVI´s encyclical "Deus Caritas Est." Now it is reaching out globally. We are read in over 200 countries worldwide. Its motto is "Jesus Caritas Est"; Jesus is love.

JCE News provides a DAILY digest of many stories impacting your world today.

Through the news service, many are provided with information on the Catholic Christian World. We provide:
*DAILY News from every continent
*BREAKING NEWS COVERAGE
*Vatican coverage (Vatican Information Service, Radio Vatican, Vatican.va)
*Daily Gospel readings - DAILY MASS VIDEO
*Daily Saint stories
*Archives and Search engine at Blog
If you would like to help this apostolate contribute to the glorification of God through this service, please consider supporting the JCE. We keep you in our prayers please remember us.
Thank-you dear readers for your support and God bless,
We are available AT-
LIKE US ON FACEBOOK: http://www.facebook.com/jesuscaritasestnews
http://jesuscaritasest.org
http://jesuscaritasest.blogspot.com
HEADLINE NEWS http://jceworld.blogspot.com
PINTEREST http://pinterest.com/jesuscaritasest/
TWITTER http://twitter.com/jesuscaritasest
GOOGLE PLUS PAGE : https://plus.google.com/u/0/115987982108863895726#115987982108863895726/posts
LINKEDIN GROUP: http://www.linkedin.com/groups/JESUSCARITASESTORG-3160851?trk=myg_ugrp_ovr
IF YOU HAVE A NEWS STORY TO PUBLISH PLEASE CONTACT US AT
e-mail : jesuscaritasest@gmail.com

Posted by JesusCaritasEst at 8:29 PM No comments:


Posted by JesusCaritasEst at 8:21 PM No comments: 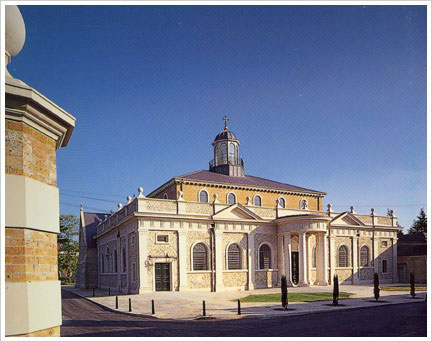 Brentwood Cathedral, dedicated in 1991 (Photo: Dr Simon Johnson)
Worshippers attending Mass at Brentwood Cathedral in Essex had a rude experience when a large block of ice fell through the roof during the Eucharistic Prayer.
Fr James Mackay told BBC Essex: “Last Sunday just gone, I was celebrating Mass and halfway through there was a massive explosion to the west side of the cathedral. Everything was stopped as we heard this. I turned to my left to see lots of slate and white stuff falling from the roof. After a couple of seconds of shocked pause, I said: ‘Right, let’s crack on.’ And we did.”
Fr Mackay said: “It became clear later on that it was actually a block of frozen refuse that dropped from an aeroplane. We could see the damage – it fell straight through the slate… It was a bit of an adventure.”
The hole in the roof was repaired the following day.
Such incidents are rare because airplanes are not supposed to dump their waste mid-flight.
It is not the first time frozen waste has smashed into a place of worship. A block of ice from an aircraft damaged Essex Church, a Unitarian chapel in west London, in 1971.
SHARED FROM CATHOLIC HERALD
Posted by JesusCaritasEst at 8:19 PM No comments: The euthanasia debate is still alive and well
A video debate including right-to-die advocate Dr Philip Nitschke and leading Australian ethicist Dr Bernadette Tobin is attracting a large and increasing number of online hits proving the debate is certainly not in the end stages.
An initiative of the Australian Catholic University (ACU), the debate is the third in the university's Speaker Voice series and marked the first time euthanasia campaigner and founder of Exit International, Dr Nitschke had debated the issue with leading Catholic ethics, palliative care and legal experts.
Dr Tobin is Director of the Plunkett Centre for Ethics at the Plunkett Centre for Ethics at St Vincent's & Mater Health and following the format of the previous two Speaker Voice symposiums, gave the evening's keynote address which was followed by a panel discussion and wide-ranging debate.
The panel comprised Dr Nitschke, Dr Tobin, Fr Frank Brennan who is Professor of Law at ACU and Adjunct Professor of Law at the Australian National University (ANU) and Professor O'Connor, the Vivian Bullwinkel Chair in Palliative Nursing at Monash University, Melbourne. Dr Bernette Tobin, director of the
Plunkett Centre for Ethics
In addition to the debate there was also a question and answer session.
The evening explored the issue of euthanasia from all sides and raised many of the ethical and legal ramifications that would result from the legalisation of euthanasia not only for those who wish to voluntarily end their lives but for their families, loved ones and the medical profession as a whole.
The first of ACU's quarterly Speaker Voice Series was held in October last year. The first of these symposiums which are free and open to the public, and are designed to trigger public debate, tackled the Ethics of War. Philosophers, ethicists and the National Director of Amnesty International examined the issue of war and whether it was a necessary evil in the protection of human rights and whether scientists should take responsibility for the weapons they created that enabled destruction to be carried out on such a massive and devastating scale.
The second of the series held in March this year explored the issue of Refugees, human rights and our ethical obligations as Australians. Right to Die Advocate Dr Philip Nitschke part of
ACU debate on Ethics and Euthanasia
Videos of all three Speaker Voice Series are now available on line on the ACU's Speaker Voice website.
The fourth in this important series will take place on 29 August when experts will debate Climate Change. Professor Clive Hamilton, Professor of Public Ethics at Charles Sturt University will deliver the key note address. He will also be part of the panel which will include leading scientist and conservationist, Professor Tim Flannery, former Liberal senator Nick Minchin and Fr Frank Brennan.
The event is open to the public and is free of charge. However space is limited so check out the ACU website and Voice Series to find out how to register at http://www.acu.edu.au/about_acu/research/about_us/news_and_events/acuvoice_speaker_series/upcoming_lectures/ethics_and_euthanasia/
SHARED FROM ARCHDIOCESE OF SYDNEY

Posted by JesusCaritasEst at 8:18 PM No comments:

ASIA NEWS REPORT:
Two attacks, yesterday and this morning. Hanifa Safi head of the women's affairs department of the province of Laghman killed by a bomb planted in his car. Ahmad Khan, top military chief and close to Karzai died in a suicide bombing that killed 22 people. No one has claimed responsibility for the attacks.

Kabul (AsiaNews / Agencies) - Attacks against leading Afghan personalities continue. This morning at Aybak (Samangan), a bomb killed Ahmad Khan, head of the province of Samangan. The attack, which occurred during a wedding party, left more than 22 dead and 40 wounded. It came just one day after the tragic death of Hanifa Safi (pictured), head of the Department for women's affairs of the eastern Afghan province of Laghman (eastern Afghanistan), among the most influential women in Afghanistan, who was killed by a bomb placed under the car in which she was traveling with her husband. At the moment nobody has claimed the two attacks. This morning, Taliban leaders issued a statement in which they deny any involvement.

Experts say the attack against Khan is related to the diatribes among Afghan ethnic groups for control of the country. Originally from Uzbekistan, he was a strong supporter of President Karzai's Pashtun faction, which in recent years has woven several alliances with ethnic Uzbeks and Tajiks in an effort to give way to reconciliation with the Taliban.

If the death of Khan seems to have ties to political roots in the internal battle for power, no one can explain the murder of Hanifa Safi. She was engaged for years in defending the rights of Afghan women and was a symbol of change after years of Taliban rule. Jan Kubis, UN representative in Kabul, said that the entire population is shocked by this news. "The killing - he says - of a courageous person who dedicated her life to serving her country, devoting herself to improving the status of women is an insult to all of Afghanistan."

Khan and Hanifa Safi join the sad list of leaders and politicians engaged in dialogue who have been killed between 2011 and 2012. Among these, Burhanuddin Rabbani, President of the Council for Peace in Afghanistan and head of dialogue with Taliban, killed by a suicide bomber Sept. 20, 2011.

SHARED FROM ASIA NEWS IT

Posted by JesusCaritasEst at 8:17 PM No comments:

Agenzia Fides REPORT - The current activities of the dreaded Boko Haram sect could trigger a broad sectarian conflict in Nigeria, says a report prepared by a joint Christian-Muslim delegation that recently visited Nigeria. The 12-member joint delegation was led by World Council of Churches, WCC, Secretary General of the Olav Fyske Tveit and Jordanian Prince Ghazi bin Muhammad, chairman of the board of the Royal Aal al-Bayt Institute for Islamic Thought.
"There is a possibility that the current tension and conflict might become subsumed by its religious dimension, especially along the geographical religious fault-lines" said the report that warns: blaming only the religious element as the cause of the conflict is likely to create "a self-fulfilling prediction."
A typical "geographical religious fault-line" is the so-called Nigeria’s Middle Belt, which is part of Plateau State, the area of central Nigeria on the border between the south, mostly Christian, and the north, largely Muslim. The latest massacres have been recorded in Plateau State, caused by old rivalry between Fulani Muslim breeders and Birom Christian farmers (see Fides 09/07/2012).The Christian-Muslim delegation noted that "although the violence is the worst between members of the two faiths since the Bosnian war of 1992-95, the root causes go far beyond religion." "Corruption, mismanagement, land disputes and lack of aid for victims or punishment for troublemakers as fuel for tension, especially in the so-called Middle Belt". In this area one releases the tensions caused by the "wealth gap between the oil- producing states in the South and the resource-poor North" to which are added the latent conflict between local farmers and breeders.
To try to promote reconciliation in Nigeria, the WCC and the Royal Aal al-Bayt Institute for Islamic Thought finally decided to publish books for the distribution to local schools to explain the theological foundations of peace in both religions, and to launch a poster for interreligious cooperation. (L.M.) (Agenzia Fides 12/7/2012)

Posted by JesusCaritasEst at 8:16 PM No comments:

Posted by JesusCaritasEst at 3:55 AM No comments:

Posted by JesusCaritasEst at 3:54 AM No comments: