Pope Benedict XVI on Saturday received honorary citizenship from the city of Freising, which is in the German state of Bavaria. In his speech, the Pope recalled his years at Freising, where he studied philosophy and theology after studying philosophy at the University of Munich. As the then Joseph Ratzinger, the pope was made Archbishop of Munich and Freising in 1977, and has always maintained ties to the Archdiocese. Speaking to those attending the ceremony in the Vatican, the pope gave some personal touches to the meeting, drawing on his memories of his time there. He also spoke of the geography of the city and places important to history and culture. (SOURCE: http://www.youtube.com/watch?v=5ewr9Omep9Y

Expressing their solidarity with the people of Ha 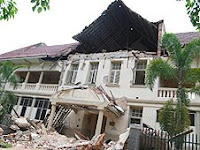 iti, the bishops of Mexico, Brazil, Bolivia, Ecuador and Chile announced they would organize national collections to help provide food, shelter and medicine to the earthquake victims.
No one can remain indifferent in the face of the 7.3 magnitude earthquake, the bishops said. They called on the international community to care for the immediate needs of the Haitian people and urged Christians to show solidarity with the Caribbean nation.
Bishops in Chile, Bolivia, Brazil and Ecuador announced they would hold second collections on Sunday, January 24 in support of the relief efforts. The Chilean bishops noted, “Monetary contributions are the best way to make a direct contribution to solving the grave needs that this violent earthquake has caused. With the help of the expert teams of Caritas International, these resources will be distributed in coordination with local organizations in Haiti.”
The Mexican Bishops’ Conference exhorted “all Catholics and people of good” to pray and generously “support our Haitian brothers and sisters.”(SOURCE: http://www.catholicnewsagency.com/news/latin_american_bishops_express_solidarity_with_haitian_earthquake_victims/

Cardinal Roger Etchegaray has been released from Rome's Agostino Gemelli Hospital after having his femur repaired. He was described as in "good condition."
The Holy See released a message on Friday which confirmed that Cardinal Etchegaray, the 87-year-old President Emeritus of the Pontifical Council for Justice and Peace and Cor Unum, has now left the hospital.
After having sustained a fracture of the right femur in an incident at Midnight Mass on Dec. 24 caused by the young woman who attempted to reach Pope Benedict, Cardinal Etchegaray underwent an operation on December 27 that left him with a total arthroprosthesis of the right hip.
He has been cleared to continue rehabilitation from home. (SOURCE: http://www.catholicnewsagency.com/news/cardinal_etchegaray_returns_home_to_recuperate/

The vice president of

the local People's Committee said that the cross was destroyed had been built illegally on public land and that the parish has rejected attempts to dialogue. But the archbishop of Hanoi insists that the hill has belonged to the church for more than one hundred years and the head of the Communist Party of Dong Chiem confirms the raid on the faithful.
Hanoi (AsiaNews) - After being subjected to insults and beatings, the parishioners of Dong Chiem now see the attack being denied. Vice-Chairman of the People's Committee of My Duc, Nguyen Van Hau, speaking to the state VNA agency has denied that "local authorities attacked the faithful."
Hau gave a reconstruction of the story, saying that the cross blown up with explosives had been "illegally built" on the hill called Nui Tho. "The construction violates land laws" and the hill, he said, lies not on parish land, but on that of the People's Committee of An Phu. "The construction of the cross without the permission of the responsible authorities – he concluded- is a violation of the ordinance on belief and religion."
In the official reconstruction, "local authorities attempted to resolve the issue with a series of discussions with the parish from March to December, but found no cooperation."
Following a script that has been used in the past, yesterday's newspaper, the New Hanoi, requested the immediate and severe punishment of those responsible for "false allegations" designed to "distort the social, political and economic situation of Vietnam and denounce human rights violations by the government. "
In response to the authority’s assertion, Father John Le Trong Cung, vice-chancellor of the archdiocese of Hanoi, reaffirmed that "the hill has always been on parish grounds since its inception, more than one hundred years ago." "The crucifix - added the parish priest, Father Nguyen Van Huu – has been there for years. Last year we only consolidated, but it was already there. "
Of not was the report written by the head of the Communist Party of Dong Chiem, Lieu, who confirmed the attack on the parishioners and disagreed with the destruction of the cross. (source: http://www.asianews.it/news-en/Authorities-deny-attack-on-the-parishioners-of-Dong-Chiem-17360.html

Gunmen who killed 7 Egyptian Christians on January 6 were apparently aiming to assassinate the Coptic Bishop Anba Kirollos.The shooting of worshippers at a Coptic church in Nag Hammadi, where Coptic Christians were preparing to celebrate Christmas according to the Orthodox liturgical calendar, apparently began when the would-be assassins were unable to reach the bishop. Bishop Kirollos had received several death threats, according to AsiaNews.At the funeral of the shooting victims, Coptic parishioners threw stones at police. Christians have bitterly complained that officials failed to protect them from Islamic extremists. Meanwhile, Cardinal Walter Kasper, President of the Pontifical Council for Promoting Christian Unity, has sent a message to His Holiness Shenouda III, Pope of Alexandria and Patriarch of the See of Saint Mark, expressing his sorrow for the attacks on Coptic Christians that took place in Nag Hamadi, Egypt. “With sadness I have heard the tragic news of the death and injury of several Coptic Christians after a Christmas midnight Mass in Nag Hamadi in Upper Egypt. Please know that I am united in prayer with Your Holiness and with the Coptic Christian Community at this time.” The Cardinal said in a message carried by Fides. “Whenever our Christians suffer unjustly it is a wound to the Body of Christ in which all believers share. Together we share this sadness, and together we pray for healing, peace and justice. All Christians must stand united in the face of oppression and seek together the peace that only Christ can give. I pray for the happy repose of the souls of the deceased and the healing of the injured, as well as comfort for the families of the victims.” Cardinal Walter added.At the same time, Archbishop Youhannes Zakaria, Coptic Catholic Bishop of Luxor, Upper Egypt has thanked the local police for their work, according to Fides.Archbishop, Zakaria whose diocese includes the town of Naga Hamadi, where on January 7 six Christians and one Muslim guard were killed at the end of the Orthodox Christmas Eve Mass, outside the Church of the Virgin Mary, acknowledged the work of the police saying “We are grateful to the authorities for what they are doing to ensure security for Christians and Muslims and to restore peace in our community.” "The police arrested the 3 alleged perpetrators and reinforced security measures. There is a large presence of policemen and soldiers guarding the places of worship, both Christian and Muslim. The situation is now calm," Bishop Zakaria is quoted saying. "There was also a positive meeting held between Christian and Muslim religious leaders in which they reaffirmed their universal commitment to peace and reconciliation.""Even the funeral of the 6 Christians has been a useful opportunity to highlight the importance of peaceful coexistence. A Christian delegation attended the funeral of the Muslim soldier who was guarding the place of Christian worship and was killed in the shootout. It was a very touching moment," added the bishop."In our villages Christians and Muslims live together peacefully. Unfortunately a minority of extremists are trying to undermine this coexistence with bloody acts, such as those that occurred on the day of the Orthodox Christmas. In the end, the Christians are the ones who pay. I am not pretending that this situation can be easily resolved: this is our cross." stressed Bishop Zakaria."This is why I ask the universal Christian community to pray for the Christian communities who are in difficulties, in light of what has happened recently here in Egypt, and also in Malaysia and Tunisia. In turn we, the small Christian community of Egypt, pray for European Christians, that they may rediscover the roots of their faith, as we have been taught by John Paul II and Benedict XVI ," concluded Bishop Zakaria.(source: http://www.cisanewsafrica.org/story.asp?ID=4337

Leaders of Christian, Muslim, Hindu, Jewish and Buddhist faiths from around Australia have written a letter to Prime Minister Kevin Rudd and Opposition Leader Tony Abbott, calling for stronger action on climate change.
The faith community leaders have written the letter as members of ARRCC, the Australian Religious Response to Climate Change, expressing disappointment over the outcome of the recent Copenhagen climate negotiations.
They have asked for bold and visionary leadership, the Anglican Media Melbourne reports. "With few exceptions any vision for a more sustainable and just world appears to have been sacrificed for more short-term national interests," said the religious leaders in the letter.
"Any economic system has its long-term health deeply embedded in a sustainable environment...Responding to the environmental challenge should therefore be couched in the language of investment rather than cost."
"In the lead up to Copenhagen, the language of cynicism has been used to sway public opinion against responsible action and towards short-term economic gain."
"We request that you set an example of honest and responsible language in the leadership of your respective parties and to the Australian people."
The letter urges bi-partisan support for Australia to submit to the United Nations emissions reduction targets of 40% of 1990 levels by 2020, as well as mitigation and adaptation measures.
(SOURCE: http://www.cathnews.com/article.aspx?aeid=18808

Of the noble family of Leopardi, and a native of Carbio in Umbria, Berard was received into the Franciscan Order by the Seraphic Patriarch himself, in 1213. He was well versed in Arabic, an eloquent preacher, and was chosen by St. Francis, together with two other priests, Peter and Otho, and two lay-brothers, Accursius and Adjutus, to evangelize the infidels of the East. On the conclusion of the Second General Chapter in 1219, St. Francis believed that the time had then come for the religious of his order to extend their apostolic labours beyond the Italian peninsula and Northern Europe; and, choosing for himself and twelve other religious the greater part of Syria and Egypt, he allotted to Berard and his companions the missions of Morocco. The five missionaries set sail from Italy, and after sojourning some time in Spain and Portugal finally arrived in the Kingdom of Morocco. Their open preaching of the Gospel there and their bold denunciation of the religion of Mahomet soon caused them to be apprehended and cast into prison. Having vainly endeavoured to persuade them to abandon the true religion, the Moorish king in a fit of rage opened their heads with his scimitar, and thus were offered to God the first fruits of the blood of the Friars Minor. Berard and his companions were canonized by Sixtus V, in 1481. The feast of the martyrs of Morocco is kept in the order on the 16th of January. (source: http://www.ewtn.com/saintsHoly/saints/B/stberardofcarbio.asp


Mark 2: 13 - 17
13
He went out again beside the sea; and all the crowd gathered about him, and he taught them.
14
And as he passed on, he saw Levi the son of Alphaeus sitting at the tax office, and he said to him, "Follow me." And he rose and followed him.
15
And as he sat at table in his house, many tax collectors and sinners were sitting with Jesus and his disciples; for there were many who followed him.
16
And the scribes of the Pharisees, when they saw that he was eating with sinners and tax collectors, said to his disciples, "Why does he eat with tax collectors and sinners?"
17
And when Jesus heard it, he said to them, "Those who are well have no need of a physician, but those who are sick; I came not to call the righteous, but sinners."