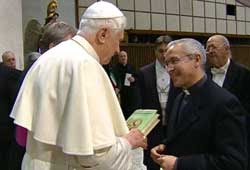 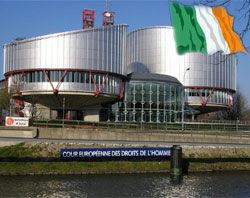 re the European Court of Human Rights (ECHR). Some are calling the case “the Roe v. Wade of Europe.”
Three women who sought abortions in Ireland sued under the European Convention on Human Rights to overturn the country’s legal protections for pre-born children. The three women, who obtained abortions in Britain, are trying to establish a “right” to abortion in Ireland in a case titled A, B, and C v. Ireland.
The women also want to establish a precedent that would define abortion as a right across all of Europe under the European Convention on Human Rights.
The lawsuit will be decided in the Grand Chamber of the EHCR in Strasbourg, France. The American groups Alliance Defense Fund (ADF) and the Family Research Council (FRC) filed a joint brief in November 2008 with two other pro-life organizations at the court’s request after it allowed the groups to intervene as defendants in this case.
“No one should be allowed to decide that an innocent life is worthless,” commented Roger Kiska, ADF legal counsel. “Ireland’s constitutional amendment defending innocent life is under attack, and the stakes are high for all of Europe.”
ADF Senior Counsel Glen Lavy said the case is “pivotal” not only to Europe but to America as well, because American courts increasingly consider what other countries are doing when deciding their own cases.
“Because this case could be the Roe v. Wade of Europe, its impact upon the U.S. should not be underestimated,” he added.
The UK-based Society for the Protection of Unborn Children and its supporters will hold a vigil outside the ECHR in Strasbourg on Wednesday between 9 a.m. and 12 noon.(SOURCE: http://www.catholicnewsagency.com/new.php?n=17988
ASIA
PHILIPPINES: HUNGER STRIKE BEGINNING TO TAKE EFFECT
UCAN reports that the government has suspended permission for a mining company to operate in Mindoro Oriental province after a priest and indigenous people there staged a hunger strike.
For Father Edwin Gariguez, however, the fight is far from over.

The priest, who works in Calapan vicariate's mission to indigenous Mangyan people, is a member of Alliance against Mining (ALAMIN). He says the group is "contemplating legal action to enforce moratoriums on Mindoro Island."
Mindoro Oriental province passed an ordinance in 2002 banning large-scale mining for 25 years. Five municipal governments in Mindoro Occidental, the other province on the island, also have passed mining moratoriums.
Through the recent hunger strike, the priest and other ALAMIN members, including Mangyan people, opposed nickel mining operations by the Norwegian Intex corporation. Intex plans to extract 100-120 million tons of nickel ore over 15-20 years in the two Mindoro provinces, beginning in 2011.
ALAMIN claims the environmental clearance certificate (ECC) that Joselito Atienza Jr., secretary of the Department of Environment and Natural Resources and Environment, gave to the company is illegal. It says the certificate was issued despite the opposition of provincial and local governments, and residents in affected communities.
The group also cites anticipated damage to watersheds, farms and forests.
"Mining moratoriums should be imposed not only on Mindoro Island, but in other places of the Philippines to stop destruction and pollution of nature," Father Gariguez said.
He and Father Ruben Villanueva Jr., vicar general of San Jose vicariate in Mindoro Occidental, were among the 24 people who began their hunger strike outside the environment department's national office, near Manila, on Nov. 17. 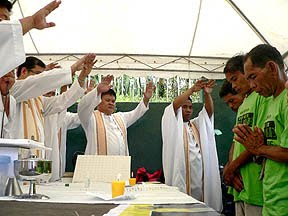 Catholic priests bless people who started a hungerstrike Nov. 17 outside the Department of Environmentand Natural Resources national headquarters
They took only water. On Nov. 26, Atienza suspended the ECC pending an independent investigation.
Father Gariguez, appearing thinner just after returning to Mindoro from the strike, said a letter that Auxiliary Bishop Broderick Pabillo of Manila published in a national newspaper was "crucial" to the strikers' "victory."
Bishop Pabillo, head of the Philippine bishops' National Secretariat for Social Action, Justice and Peace, had urged Atienza to "have the courage to revoke" the ECC.
The bishop and a number of Divine Word and other priests had visited the strikers in their tents to celebrate Mass with them.
The Church, together with ALAMIN, is also seeking to repeal the Mining Act of 1995, which allows foreign investors to conduct large-scale mining operations in the country.

(SOURCE: http://www.ucanews.com/2009/12/09/priests-hunger-strike-claims-initial-victory/
AUSTRALIA
SCHOOL FOR TROUBLED CHILDREN WILL REOPEN
Berengarra, a school that caters for troubled children, is being forced to leave its Glen Waverley site by year's end, but will reopen next year at a former kindergarten premises in Box Hill, after negotiations with the Catholic Education Office.
A plea to the Education Department to move the private school to an old school site in Notting Hill had gone unheeded, the Herald Sun reported.
Principal Peter Heffernan said yesterday Berengarra was popular with government principals because it helped many students facing problems such as depression, anxiety, and family dysfunction.
It was disappointing state authorities had not been able to help the school find a new home, but "an enormous wave of relief has swept through the school," he said. (SOURCE: http://www.cathnews.com/article.aspx?aeid=18229 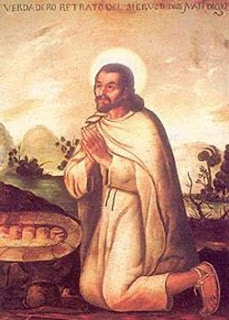