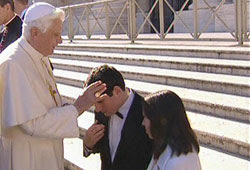 (VIS) - Made public today was the Pope's Message for the eighteenth World Day of the Sick, which is due to be celebrated in the Vatican Basilica on 11 February 2010, Feast of Our Lady of Lourdes. Noting how the forthcoming Day coincides with the twenty-fifth anniversary of the foundation of the Pontifical Council for Health Pastoral Care, the Holy Father expresses the hope that this fact "will be the occasion for a more generous apostolic commitment at the service of the sick and of their carers". "In the mystery of Christ's passion, death and resurrection", writes the Pope, "human suffering finds meaning and fullness of light. ... At the Last Supper the Lord Jesus, before returning to the Father, bent to wash the Apostles' feet in a foretaste of His supreme act of love upon the Cross. With this gesture He invited His disciples to follow His own logic of a love that especially gives itself to the weakest and to those most in need. Following His example all Christians are called to relive, in different contexts, the parable of the Good Samaritan". Jesus, says the Holy Father, "exhorts us to attend to the bodily and spiritual wounds of so many of our brothers and sisters whom we meet on the roads of the world. He helps us to understand that, with the grace of God accepted and lived in everyday life, the experience of sickness and suffering can become a school of hope". "At the current historical-cultural time", the Message continues, "there is an increasing need for an attentive and extensive ecclesial presence alongside sick people, as well as a presence in society capable of effectively transmitting evangelical values for the protection of human life in all its phases, from conception until natural end". The Pope expresses his heartfelt thanks "to the people who daily 'serve the sick and suffering' ensuring that 'that their apostolate of mercy may ever more effectively respond to people’s needs'". In the current Year for Priests, Benedict XVI also addresses the "'ministers of the sick', sign and instrument of Christ's compassion which must reach everyone who suffers". In this context he invites clergy "to show no reserve in offering help and comfort. Time spent alongside the suffering is rich in grace for all other dimensions of pastoral care. "Finally," he adds in conclusion, "I address you, dear sick people, and I ask you to pray and to offer your suffering for priests, that they may remain faithful to their vocation and that their ministry may be rich in spiritual fruits for the benefit of the entire Church".MESS/WORLD DAY OF SICK/... VIS 091203 (460)


AUDIENCES VATICAN CITY, 3 DEC 2009 (VIS) - This evening the Holy Father is scheduled to receive in audience Dimitrij Anatolievic Medvedev, president of the Russian Federation, accompanied by an entourage.AP/.../... VIS 091203 (40)


CNA reports that a federal judge in Buenos Aires has barred same-sex “marriage” from taking place in the Argentinean capital this week, overturning a decision by a lower court judge who had previously ruled it to be unconstitutional to prohibit marriage between two persons of the same sex.
Judge Martha Gomez Alsina ruled that the lower court judge did not have the jurisdiction to rule on the country’s Civil Code, which states that marriage is a contract between one man and one woman.
The lower court ruling had struck down two articles of the Civil Code as unconstitutional for prohibiting marriage between two persons of the same sex. Judge Gomez suspended the ruling until further review.
Lawyers appealing the lower court decision said they were driven by “the concern of many married couples that two men were going to be allowed to marry, and thus the foundations of an institution that forged the greatness of Argentina...would be destroyed.”
“We want to be clear that this is not a religious issue. The civil institution of marriage is not the result of some lawmaker 100 years ago. Lawmakers then simply recognized what common sense, history and nature tell us about what is best for the good of a society: that marriage is the union of one man and one woman and that this was the foundation of the Argentinean family.”
The Arcbhishop of Buenos Aires, Cardinal Jorge Bergoglio, recently commented on the unease Catholics felt over the failure of the Buenos Aires government to appeal the initial ruling, saying the government officials “failed gravely in their duty as leaders.”(SOURCE: http://www.catholicnewsagency.com/new.php?n=17909


CNA reports that Caritas International’s special advisor for the fight against AIDS, Msgr. Robert Vitillo, said this week that one of the main ways of combating the disease is to teach values to young people. He added that though it doesn't cost anyt 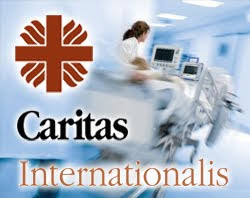 hing to do this, it requires “much effort and is tiresome.”
Speaking to Vatican Radio from Nairobi, Msgr. Vitillo recalled that the Church is always close to those who are suffering most. “This pandemic continues and according to U.N. statistics, more than two million people were infected in 2008. This means that we must re-dedicate ourselves to the prevention of this disease.”
He noted that teaching young people is not easy, “as it is difficult to successfully make them discover values and their own dignity. But it is necessary to establish healthy connections among them.”
Msgr. Vitillo also pointed out that in poor countries, 60 percent of the population does not have access to medicine. He remarked that this is a major issue because only 20 percent of HIV-positive children receive treatment because “the drugs are not specifically for pediatric use.”
Vitillo said pharmaceutical companies and governments must invest in developing drugs that are especially adapted for children.
According to recent data, as of 2009 some 33.4 million people are living with HIV, while some 2.7 million became infected in 2008, and another 2 million died that year as a result of complications from the disease. Estimates are that in 2008, 430,000 children were born HIV-positive, with 2.1 million infected children under the age of 15.(SOURCE: http://www.catholicnewsagency.com/new.php?n=17912

ASIA
JAPAN: BISHOPS DO NOT WANT BUILDING OF MILITARY


UCAN reports that most of Japan's Catholic bishops do not want their country to build up its military, and support retention of their constitution's "peace clause," says Archbishop Joseph Mitsuaki Takami of Nagasaki. 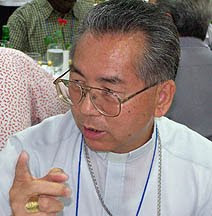 Archbishop Joseph MitsuakiTakami of Nagasaki (File photo)
The Church leader, speaking to UCA News recently while visiting Rome, said he hopes the new government, led by Yukio Hatoyama, will not change Article 9 in the constitution.
That clause is "very important" in curbing militarization, he said.
Japan has significant military might, but for defensive purposes only. Following the country's World War II defeat, the victorious United States forced the inclusion of Article 9 into the 1946 Japanese Constitution. It aimed to prevent Japan ever going to war again, Archbishop Takami recalled.
The Japanese people, the clause says, "forever renounce war as a sovereign right of the nation and the threat or use of force as a means of settling international disputes." It states that "land, sea, and air forces, as well as other war potential, will never be maintained" and asserts that "the right of belligerency of the state will not be recognized."
Right-wing nationalists have long advocated revising this article to allow the development of a military capacity. Their campaign has gained ground in the last decade as the United States encouraged Japan to take a more active role in security concerns.
Born in Nagasaki on March 21, 1946, Archbishop Takami was in his mother's womb when the United States dropped an atomic bomb there. Almost 74,000 people died instantly, and at least 25,000 more in the years that followed. Among them were the archbishop's grandmother, two aunts and a cousin.
His recent visit to Rome coincided with the Nov. 24 anniversary of Pope Benedict XVI's beatification last year of 188 Japanese martyrs from the 17th century. Archbishop Peter Takeo Okada of Tokyo led the pilgrimage group of seven bishops and 163 lay Catholics.
Pope Benedict met them briefly on Nov. 25. Archbishop Okada handed him a letter of gratitude signed by the Japanese bishops and a reliquary containing a bone of one of the martyrs.
Archbishop Takami told UCA News that besides militarization, another major challenge facing Japan's Catholic Church is evangelization.
The Catholic Church in Japan has about 1 million members, but less than half are native Japanese. The majority are Brazilian, Filipino, Korean and Chinese migrants who have brought new life and resources to the Church, the archbishop said.
He acknowledged that Pope John Paul II's historic 1981 trip to Japan, where he visited Hiroshima, Nagasaki and Tokyo, inspired the whole Catholic community. The bishops convened national evangelization conventions in 1987 and 1993, each followed by a national missionary effort, but Archbishop Takami admitted these efforts have borne few visible fruits.
The bishops feel they have to do "something new" to evangelize, he added, and are planning to issue a letter on this, perhaps in 2010.
The archbishop also responded to a question about a reported comment by Ichiro Ozawa, secretary general of Japan's ruling Democratic Party, that "Christianity is an exclusive, self-righteous religion," he said.
Ozawa "has some reason" for his statement, in the attitudes Churches have taken in history, Archbishop Takami remarked.
"We exclude when we consider another religion as nothing, and when we consider ourselves to be right and the others to be wrong." Likewise, Japan was also being exclusive "when it expelled missionaries and denounced Christianity as a bad religion," he said.
Nonetheless, "the Christian Gospel is absolutely good and a supreme value and I believe in it," the Japanese prelate asserted. "We don't always live exactly according to the Gospel, and that is a problem, and we recognize it."
(SOURCE: http://www.ucanews.com/2009/12/03/catholic-bishops-reject-militarization/

Libyan President Colonel Muammar Gaddafi has called for an end to the buying and selling of African farmland by rich nations during UN hunger summit the headquarters of the UN Food and Agriculture Organization in Rome, Italy.Speaking at a UN hunger summit, he described it as “new feudalism” which could spread to Latin America as well.“We should fight against this new feudalism, we should put an end to this land grab in African countries,” Libyan Colonel declared.“Rich countries are now buying the land in Africa. They are cheating African people out of their rights. This is also going to happen in Latin America,” Gaddafi said.However, Gaddafi’s call was disputed by Kanayo Nwanze, who heads the U.N. International Fund for Agricultural Development. Nwanze said, "It is wrong to call them land grabs. These are investments in farmland like investments in oil exploration. We can have win-win situations." But French Farm Minister Bruno Le Maire was quoted by the Reuters news agency agreeing with the Libyan colonel - that "predatory" farmland acquisitions in poor countries should be halted.In the past two years, various non-African countries China, India, South Korea, Britain and the Arab Gulf states leading the pack have picked up huge tracts of farmland in Africa by lease or purchase, to produce food or biofuels for their own use.In Sudan, South Korea has acquired 1.7 million acres of land to grow wheat. The United Arab Emirates, which already has 74,000 acres hectares in Sudan, is investing in another 959,000 acres to grow corn, alfalfa, wheat, potatoes and beans. In Tanzania, Saudi Arabia is seeking 1.2 million acres. According to reports most of the land claimed by foreign acquisition was already in use by local people.(source: http://www.cisanewsafrica.org/story.asp?ID=4256 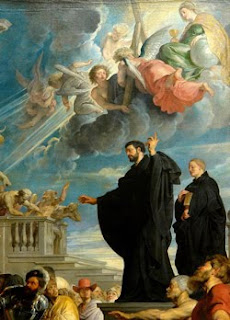