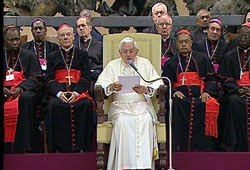 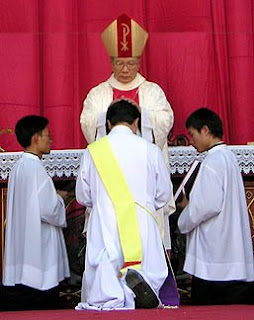 minary enrollment rules by the government.

A bishop ordains a priest in Vietnam (File photo)
Enrollment in the country's seven major seminaries this year is 1,349, compared to 922 in 2004, says Father Joseph Do Manh Hung, secretary general of the Vietnam Bishops' Episcopal Commission for Clergy and Seminarians.
Some Church people say the relaxation of government rules on seminary recruitment is a good opportunity for the Church to take in a larger number of priestly candidates. It also indicates the government is loosening its grip on Church activities as it tries to integrate itself into the world community.
Since 1986, the government has allowed the local Church to reopen six major seminaries.
At first they were allowed to recruit students only every six years, and this was relaxed to every other year from 1991. Since 2005, seminaries have gradually been allowed to recruit every year.
Seminaries in Ha Noi, Ho Chi Minh City and Nha Trang received such permission in 2005, 2007 and 2008 respectively.
This September and October, the major seminaries in Hue, Can Tho and Vinh cities were allowed annual recruitment.
The former Xuan Loc branch of Ho Chi Minh city-based Saint Joseph Major Seminary this year became the country's seventh major s 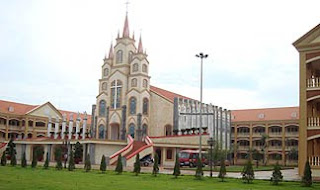 Xuan Loc Seminary, the latest ofseven major seminaries in the country
Father Hung, who has a master's degree in the theology of priestly formation from the Institut Catholique de Paris in France, said most local dioceses organize pre-seminary programs for seminary candidates. This is because all minor seminaries were closed by the government after the country's reunification in 1975.
Some 300 seminary candidates from Ho Chi Minh City archdiocese are attending such programs.
While the local Church is glad to be able to accept more priestly candidates, the large numbers also pose a challenge to Church infrastructure as more facilities are needed to accommodate students.
A seminary formator from a diocese in central Vietnam said his diocese does not have enough facilities for seminary candidates and lacks money for training.
The local Church also does not have enough formators with the necessary skills, he added.
(SOURCE: http://www.ucanews.com/2009/11/19/priestly-vocations-boom-as-government-eases-rules/
AFRICA
CAMEROON SURVEY SHOWS THAT VIOLENCE AGAINST WOMEN ON RISE
CISA reports that a recent survey carried out in ten regions of Cameroon shows that rape cases are on the rise.According to IPS, 20 percent of the nearly 38,000 women interviewed reported having been raped.The German Technical Cooperation (GTZ) and Cameroon's National Association of Aunties – (RENATA), an organization of more than 10,000 teenaged mothers working against sexual violence, found most rapes were committed by people known to the victims. “The rapists are family members, including fathers, school teachers, pastors and priests, classmates, colleagues, friends and neighbours," Dr Flavien Tiokou Ndonko, one of the researchers, told IPS. Family members were reported to be the assailants in 18 percent of cases. Nearly a quarter of those raped became pregnant as a result. “These statistics cannot in any way show the full extent of rape in the country, because most victims never tell anyone they have been raped,” said Ndonko. A separate study jointly carried out by the GTZ and RENATA, titled Constraints in Seeking Justice for Rape Victims in Cameroon, revealed that of the 33 reported cases between 2004 and 2007 at the Bamenda High Court, in Cameroon's North West region, "only two of them were sentenced, 22 were struck out as lacking evidence, eight cases were discharged on grounds of simple threats, while one was withdrawn.” The report further indicates that the procedures for getting legal redress are too cumbersome and take too long, essentially because of "the need for preliminary investigations, from the police and/or hospital to the legal department, before getting to court.”In the course of these lengthy procedures, the report says, "most victims encounter lots of interventions and negotiations whereby the case is stopped or withdrawn before justice is rendered." Constraints such as a lack of counseling for survivors and accused, lack of specialized judges for rape cases, the high cost of court action and administration, as well as threats from the accused, all combine to make justice for rape survivors a privilege, not a right in Cameroon. According to Patience Siri Akenji, the legal consultant who supervised the study, what happens in the Bamenda High Court is a microcosm of what happens in courts across the country. She suggests the legal system be improved to make deadlines applicable to judicial officers to prosecute, specific laws should also be enacted to protect rape victims and also also recommends that court sessions be held in the magistrates' chambers for the protection of rape survivors, away from the pressure of the court room, and as a way to uphold the dignity of the victim. "This will encourage the reporting of these cases, and encourage cooperation, leading to rapid intervention in rape cases," Akenji said. Despite Cameroon’s penal code that states, "Whoever by force or moral ascendancy compels any female, whether above or below the age of puberty, to have sexual intercourse with him shall be punished with imprisonment from five to 10 years,” few perpetrators of rape are ever prosecuted in Cameroon.(SOURCE: http://www.cisanewsafrica.org/story.asp?ID=4248
AUSTRALIA
NATIONAL CHURCH LIFE SURVEY
Cath News reports that Australian churches are being invited to take part in the fifth nationwide National Church Life Survey of churchgoers in 2011, which aims to help churches better connect with the wider community.
The survey will take place in a variety of forms a 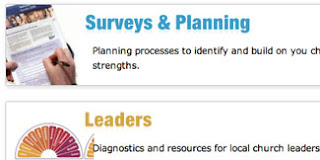 cross Australian churches in the second half of 2011, the same year as the National Census, according to Anglican Media Melbourne.
Fr Brian Lucas of the Australian Catholic Bishops Conference said the 2011 NCLS would help churches to identify realities.
"The mission of NCLS Research is to use credible research to identify signs of hope, to nurture life in both leadership and churches as well as to encourage the wider community to reflect upon its spiritual journey and the churches' place within it," he said.

"A truly national survey can only take place with the collaboration of all the churches across the nation. We're hoping to let churches start the dialogue now, to ensure that it is a useful and cooperative venture."
All churches in Christian denominations across Australia will be invited to participate. It is hoped that 500,000 church attenders in 7,000 local churches from 25 denominations will participate in the survey, said the National Director of NCLS Research, Dr Ruth Powell.
"We will ask questions to help map the Australian church landscape, and as previously, will ask local churches questions to help them reflect on their own health and vitality," she said."We also want to find the lighthouse churches, those that are being innovative."
"We hope to meet the needs of many parts of the church, including schools and agencies by gathering information that is helpful for their mission objectives."
(SOURCE: http://www.cathnews.com/article.aspx?aeid=17806
TODAY'S SAINT
St. Mechtilde
BENEDICTINE
Feast: November 19
Information:
Feast Day:
November 19
Born: 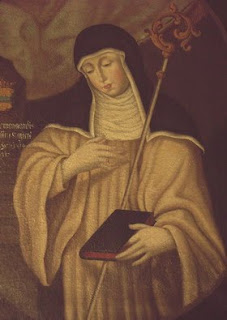 Luke 19: 41 - 44
41
And when he drew near and saw the city he wept over it,
42
saying, "Would that even today you knew the things that make for peace! But now they are hid from your eyes.
43
For the days shall come upon you, when your enemies will cast up a bank about you and surround you, and hem you in on every side,
44
and dash you to the ground, you and your children within you, and they will not leave one stone upon another in you; because you did not know the time of your visitation."