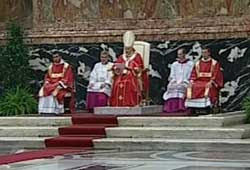 Vatican Radio reports that Pope Benedict XVI’s 17th pastoral journey in Italy takes him Sunday November 8th to the Northern Italian city of Brescia.Everything is ready in Brescia, Concesio and Botticino Serafor the arrival of Pope Benedict XVI Sunday in his first pastoral visit to the land of Paul VI, thirty years after his death.Situated at the foot of the Alps, in the province of Lombardy, Brescia is home to one an a half million people and steep in the Christian tradition counting among its most famous citizens, Giovanni Battista Enrico Antonio Maria Montini who became Pope Paul VI.The city’s central square is named after the Pope who guided the work of the second Vatican Council after the death of John 23rd. Here on Sunday Pope Benedict will celebrate mass. Organisers estimate a crowd of thousands and have mounted four giant screens to allow those who are unable to find space in the small cathedral to follow the Eucharistic celebration and Angelus prayer.Sunday afternoon Pope Benedict travels the short distance from Brescia to the village of Concesio in Valtrompia, the birthplace of his predecessor.There he will inaugurate the Paul VI Institute, a centre for religious studies, in the home where the Montini Pope was born, awarding its first prize to "Sources Chrétiennes", a French organisation specialised in the study of Patristics, for its contribution to the promotion of faith and culture. The last stop on Pope Benedict’s journey is the small village church of Saint Anthony, where surrounded by the parishioners, descendents of the land of Paul VI, he will deliver an address. (SOURCE: http://www.radiovaticana.org/en1/Articolo.asp?c=332753
AMERICA
USA: USCCB SEND LETTER TO REPRESENTATIVES ON HEALTH REFORM 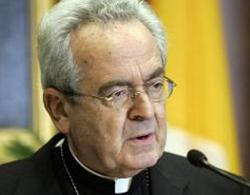 pak-Ellsworth Amendment to "keep in place current federal law on abortion funding and conscience protections in the Affordable Health Care for America Act (H.R. 3962)."
"Despite some claims to the contrary," they wrote, "H.R. 3962 does not reflect the status quo on abortion. It fails to explicitly and clearly include the longstanding policy prohibiting federal funding of elective abortion and plans which include elective abortion (Hyde Amendment)."
The bishops acknowledged that H.R. 3962 "has some helpful provisions on conscience protection and non- preemption of state laws," however it "fails to maintain current prohibitions on abortion mandates and abortion funding. Instead it creates elaborate measures requiring people to pay for other people’s abortions with their taxes, private premiums or federal subsidies."
They continued, "Additionally, H.R. 3962 allows the U.S. Secretary of Health and Human Services to mandate that the ‘public option’ will include unlimited abortions. Millions of purchasers will be forced to pay an ‘abortion surcharge,’ which requires purchasers of many plans to pay directly and explicitly for abortion coverage. This is unprecedented in federal law."
"The Stupak-Ellsworth-Pitts-Kaptur-Dahlkemper-Lipinski-Smith Amendment will not affect coverage of abortion in non-subsidized health plans, and will not bar anyone from purchasing a supplemental abortion policy with their own funds," explain the bishops nothing that currently, the bill doesn’t meet Obama’s "commitment of barring use of federal dollars for abortion and maintaining current conscience laws."
The bishops concluded stating that they have been working "for many years" in order to "support health care reform legislation that truly protects the life, dignity, health and consciences of all."
"Adopting this amendment will help move us move toward this essential national priority and moral imperative."(SOURCE: http://www.catholicnewsagency.com/new.php?n=17629

EUROPE
ENGLAND: 5TH ANNUAL PILGRIMAGE TO OXFORD
The Catholic Herald reports that the fifth annual pilgrimage to Oxford in honour of the Catholic martyrs of Oxford, organised by the Latin Mass Society 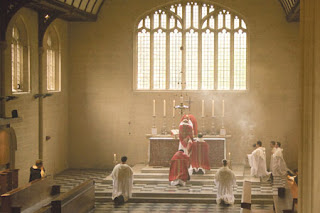 , took place on Saturday October 24. Fr Simon Gaine, OP, the prior of the Dominican community in Oxford, celebrated Solemn Mass in the usus antiquior in Blackfriars. The deacon and subdeacon, Fr Richard Conrad and Brother Lawrence Lew, and the servers, were all also Dominicans.The Mass was accompanied by some superb singing by the locally based Schola Abelis, who sang the Chant Propers of the Mass and William Byrd's Four Part Mass.After Mass there was a procession through the streets of Oxford to the site of the martyrdoms of 1589, which are now commemorated by a plaque, a plaque that was blessed on the same occasion last year by an auxiliary bishop of the archdiocese Bishop William Kenney. Fr Simon Leworthy, FSSP, led the procession and also led Benediction in Blackfriars, with which the pilgrimage concluded. More than 60 people attended Mass and more than 40 joined the procession. Providentially the heavy rain, which had been falling all morning, stopped shortly before the procession was due to start. The procession ran the gamut of tourists, shoppers, university students on their way to matriculation ceremonies and animal-rights protesters, to a large mock-up gallows marking the spot of the martyrdoms of Blessed Richard Yaxley, Blessed George Nichols, priests, and Blessed Thomas Belson and Blessed Humphrey Prichard, laymen, all to honour God in His martyrs and give witness to the Catholic faith. (SOURCE: http://www.catholicherald.co.uk/life/cl0000543.shtml
AFRICA
GENERAL SECRETARY OF YMCA SUGGEST YOUTH NEED MODELS
CISA reports that the problem in Africa is not just one of leadership but actually more one of bad followership, according to Carlos Sanvee, General Secretary of the Africa Alliance of Young Men's Christian Associations (YMCAs).Sanvee was speaking on October 29 at the opening ceremony of the Africa YMCA Youth Summit 2009, in Addis Abbaba, Ethiopia titled: ‘From Subject to Citizen: African Youth Claiming their Space, Influencing for Positive Transformation.’ On the issue of leadership and followership, Sanvee said, “One of our major challenges in Africa is the challenge of followership. In other words, who we follow, who inspires our action or who our role models are.”“Bad governance followers will become bad while in leadership positions and therefore will continue to elect people who serve their interests. We need to focus on genuine empowerment for the Renaissance of Africa, and it is important that we build a new generation of leaders.Sanvee explained that during the summit participants will seek ways to ‘liberate’ the minds of youth, set new patterns for thinking and moving towards a status where youth are citizens rather than subjects.Dr Berhanu Tadesse, President of the Ethiopia YMCA, said, “Transformative change will come through providing space for dialogue, open and transparent communication and building the capacity to tolerate and accommodate new ideas and differences.”The summit runs until November 5 and the focus is on building the civic competence of selected youth leaders from 12 YMCA movements in Africa.During the Summit, the 70 youth participants will identify major youth crises, analyse root causes and develop action plans to become agents of transformation.African youth participants are from Ethiopia, Ghana, Kenya, Liberia, Madagascar, Nigeria, Senegal, Sierra Leone, South Africa, The Gambia, Zambia and Zimbabwe.Others participants are from YMCAs in Canada, Germany, Norway and the United States, as well as from World Alliance of YMCAs in Switzerland and Y-Care International in United Kingdom.The Patriarch of the Ethiopian Orthodox Church, Abba Paulos, who is also President of the World Council of Churches and the Patron of the Ethiopia YMCA also attended.(SOURCE: http://www.cisanewsafrica.org/story.asp?ID=4224
ASIA
SRI LANKA: THOUSANDS IN REFUGEE CAMPS
UCAN reports that thousands of displaced Sri Lankan Catholics attended specially organized All Souls' Day Masses in refugee 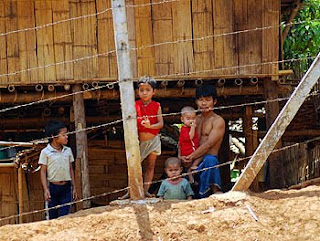 camps and prayed for those who died in the decades-long civil war.

Inside a refugee camp in Vavuniya, northern Sri Lanka (File photo)
Refugees want to tend their loved ones' graves on the special day dedicated to the dead, said Catholic priests visiting the camps.
However, these graves are far from the camps which are surrounded by barbed wire, and refugees are not allowed to leave until the search for Tamil Tiger rebels is over and land mines cleared from around villages.
Instead, on the morning of Nov. 2, prayer leaders in Arunachalam camp in northern Sri Lanka cleared an open area for the celebration of Mass. An altar -- a table covered with a cloth -- was prepared, as well as a book in which people wrote down the names of about 1,500 people killed in the civil war between government troops and the Liberation Tigers of Tamil Eelam (LTTE).
The war, which started in 1983, ended in May.
Father Ruban Fernando of Mannar diocese celebrated the Mass at the camp. He read the names of the dead and prayed for them, some of whom were not Catholics.
He told UCA News that some of the refugees "are not sure whether their loved ones are alive or dead," adding that many shed tears throughout the Mass. "I consoled them," he added.
On All Souls' Day, Catholics in the country usually visit cemeteries from early morning to evening. There they clean the graves, lay flowers, light candles, pray and give alms.
Now, "a Catholic tradition has been broken," said Oblate Father Celestine Mascringe, one of several priests allowed to celebrate Sunday Masses in refugee camps.
Speaking at the entrance to Arunachalam camp, he said camp residents feel "fear and sadness, but they have hope for the future." Arunachalam camp, located in a recently cleared jungle area, houses about 20,000 Tamil civilians of whom about 2,000 are Catholics.
The priest also celebrated Mass at Kadirgamar camp, opposite the Arunachalam camp, for some 800 Catholics gathered in a metal-roofed makeshift church.
A Catholic refugee from Arunachalam camp, speaking to UCA News through the barbed-wire fencing, said: "God will not give up on us. He will ease our pain and give us hope and courage."
Another refugee, a Hindu mother of two, said that the Catholics prayed also for Hindu Tamils who have died in the civil war.
Father Anthony Victor Sosai, vicar general of Mannar diocese said the military has permitted eight priests to hold All Souls' Day Masses in some 20 camps.
Under increasing pressure from the international community regarding the continued detention of the displaced, President Mahinda Rajapaksa recently said he expected everyone in the camps to be resettled by the end of January.
So far only 50,000 out of a total of 280,000 civilians have been allowed to leave the camps.
(SOURCE: http://www.ucanews.com/2009/11/05/refugees-celebrate-all-souls-day-behind-barbed-wire/
AUSTRALIA
AC UNIVERSITY TO HOST CONFERENCE ON CARITAS IN VERITATE
Cath News reports that Australian Catholic University (ACU National) is hosting a conference to celebrate and explore the 3rd Encyclical of Pope Benedict XV

I entitled Caritas in Veritate starting on Friday November 27 at its North Sydney campus. Caritas in Veritate, or Charity in Truth, discusses the application of the Church's social teaching on globalisation and international development.
The conference will enable Australian scholars from the academic fields of economics, politics, theology and philosophy to engage with those working in the area of social justice. The first public session will be a panel discussion highlighting the significance of the papal document. The second will be a lecture by Cardinal Paul Josef Cordes, President of the Pontifical Council Cor Unum. Event: Cardinal Cordes lecture and panel session When: From 4pm on Friday November 27 2009Where: ACU National North Sydney Campus, Ryan Auditorium 40 Edward Street North Sydney NSW.The two day closed conference will involve representatives from Caritas Australia, John Paul II Institute, Yarra Theological Union and Catholic Theological College, Australian Centre for Christianity and Culture and ACU National.
http://www.acu.edu.au/about_acu/news_events/events-at-ACU-National/events/cardinal_cordes_lecture_and_panel_session/
(SOURCE: http://www.cathnews.com/article.aspx?aeid=17524
TODAY'S SAINT