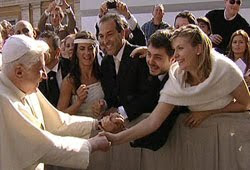 UCAN reports that the head of the The Catholic Herald reports that traditionalists in the Church of England have welcomed the news of a papal decree offering a new legal structure for Anglicans wishing to be in communion with Rome. Members of Forward in Faith - a group of conservative Anglo-Catholics within the Church of England - met for their annual National Assembly last week 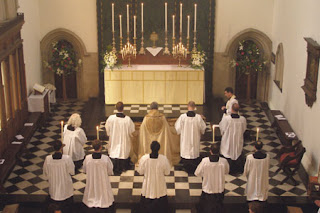 CISA reports that the leader of Kenya’s murderous sect, Mungiki, was set free last week after five years in police custody after the government said they had insufficient evidence to link him with the murder of 29 villagers five months ago.Maina Njenga’s lawyers, however, said the government panicked after Maina announced he would release a dossier linking several senior government officials to the sect’s activities.And hours after gaining his freedom, Njenga, whose religious sect has been accused of massive killings of people and chilling oath taking ceremonies including human sacrifices trooped into a Nairobi evangelical church where he announced his conversion to Christianity and that he would be baptized soon.Addressing the congregation, which included several Mungiki ‘converts,’ Njenga, who did not take a Christian or saintly name, told the huge congregation that during his confinement, he had read the Bible.“I read the whole Bible because I had the time. That is why I said I will not be bitter with those who ordered my arrest because it has saved my soul,” said Mr. Njenga.Njenga was being held in custody in relation to the murder of 29 people in Mathira, central province in May this year.He called on followers of the sect, suspected to be close to a million, to abandon their activities and engage in development.He added that his priority would be to bury his wife who was killed by unknown people while on her way to Naivasha prison to visit him. Another former leader of the sect, Ibrahim Waruinge converted to Christianity, then Islam days after being released from custody.The outlawed sect is believed to have begun in the late 1980s as a local militia.(SOURCE: http://www.cisanewsafrica.org/story.asp?ID=4208

AMERICA
US 40 DAYS FOR LIFE CAMPAIGN SAVES MANY BABIES
CNA reports that the 40 Days for Life campaign says that its participants have now helped save at least 2,000 babies from abortion in the past five years.
The 40 Days for Life campaign began in Bryan/College Station, Texas in 2004. It presently organizes spring and fall events of prayer and fasting to end abortion, peaceful vigils outside abortion facilities, and grassroots community activism. 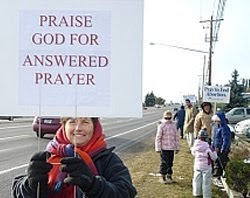 “We now have confirmed reports of at least 2,000 babies whose lives have been saved from the tragedy of abortion," David Bereit, national director of 40 Days for Life, said in a press release. "Who knows what wonders each of these children will bring to the world!"
“Through the grace and mercy of God -- and the faithful prayers of more than 200,000 volunteers standing vigil outside abortion facilities -- an incredible miracle has taken place,” he added.
The campaign estimated that two thousand children would fill at least 80 classrooms and make up 180 soccer teams.
“Just as importantly, this could represent 180 teams of soccer moms -- women who will enjoy watching their children run and jump and shout -- blessings they would have never known if they had fallen for the lies that are so often disguised by the rhetoric of 'choice,'" Bereit added.
He also discussed how the sight of people standing in prayer can convince a woman to turn away from abortion.
Bereit said he often tells those holding vigil to just pray and don’t worry about what to say.
“We have countless stories of women rejecting abortion and leaving the clinics even when not a single word was spoken," he explained. “Just last week, I heard about two little girls who were singing 'Jesus Loves Me' at a 40 Days for Life vigil. They sang as a woman went in for an abortion appointment -- then watched as she left the clinic in tears, read the number of a pregnancy resource hotline, and called for real assistance.”
The 40 Days for Life campaign says that it is the largest and longest coordinated pro-life mobilization in history. Its fall campaign began on Sept. 23 and will end on Nov. 1. It counts participants in 212 cities, spread out across 45 U.S. states, five Canadian provinces and Denmark.
Its website is http://www.40daysforlife.com.(source/: http://www.catholicnewsagency.com/new.php?n=17534
AUSTRALIA
TOOWOOMBA: STRIKE AT ST MARY'S COLLEGE
CATH NEWS reports that teaching staff from St Mary's College in Toowoomba who are facing redundancies joined in the strike action demanding pay parity on Wednesday.
The 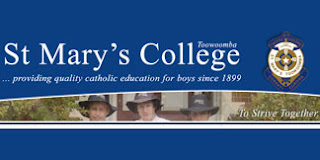 Toowoomba Chronicle said the school was set to cut the equivalent of four full time teachers by the end of the year, which would result in "unacceptable levels of stress and uncertainty about workloads in 2010", said one of the teachers, Samantha Parle.
The strike on Wednesday followed months of dispute over pay rates. 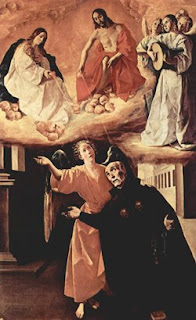 Born at Segovia in Spain, 25 July, 1532; died at Majorca, 31 October, 1617. On account of the similarity of names he is often confounded with Father Rodriguez the author of "Christian Perfection", who though eminent in his holiness was never canonized. The Saint was a Jesuit lay-brother who entered the Society at the age of forty. He was the son of a wool merchant who had been reduced to poverty when Alfonso was still young. At the age of twenty-six he married Mary Francisco Suárez, a woman of his own station, and at thirty-one found himself a widower with one surviving child, the other two having died previously. From thattime he began a life of prayer and mortification, although separated from the world around him. On the death of his third child his thoughts turned to a life in some religious order. Previous associations had brought him into contact with the first Jesuits who had come to Spain, Bl. Peter Faber among others, but it was apparently impossible to carry out his purpose of entering the Society, as he was without education, having only had an incomplete year at a new college begun at Alcalá by Francis Villanueva. At the age of thirty-nine he attempted to make up this deficiency by following the course at the College of Barcelona, but without success. His austerities had also undermined his health. After considerable delay he was finally admitted into the Society of Jesus as a lay-brother, 31 January, 1571. Distinct novitiates had not as yet been established in Spain, and Alfonso began his term of probation at Valencia or Gandia -- this point is a subject of dispute -- and after six months was sent to the recently-founded college at Majorca, where he remained in the humble position of porter for forty-six years, exercising a marvelous influence on the sanctification not only of the members of the household, but upon a great number of people who came to theporter's lodge for advice and direction. Among the distinguished Jesuits who came under his influence was St. Peter Clavier, who lived with him for some time at Majorca, and who followed his advice in asking for the missions of South America. The bodily mortifications which he imposed on himself were extreme, the scruples and mental agitation to which he was subject were of frequent occurrence, his obedience absolute, and his absorption in spiritual things even when engaged on most distracting employments, continual. It has often been said that he was the author of the well known "Little Office of the Immaculate Conception", and the claim is made by Alegambe, Southwell, and even by the Fathers de Backer in their Bibliothèque de la Compagnie de Jésus. Apart from the fact that the brother did not have the requisite education for such a task, Father Costurer says positively that the office he used was taken from an old copy printed out of Spain, and Father Colin asserts that it existed before the Saint's time. It may be admitted, however, that through him it was popularized. He left a considerable number of manuscripts after him, some of which have been published as "Obras Espirituales del B. Alonso Rodriguez" (Barcelona, 1885, 3 vols., octavo, complete edition, 8 vols. in quarto). They have no pretense to style; they are sometimes only reminiscences of domestic exhortations; the texts are often repeated; the illustrations are from every-daylife; the treatment of one virtue occasionally trenches on another; but they are remarkable for the correctness and soundness of their doctrine and the profound spiritual knowledge which they reveal. They were not written with a view to publication, but put down by the Saint himself, or dictated to others, in obedience to a positive command of his superiors. He was declared Venerable in 1626. In 1633 he was chosen by the Council General of Majorca as one of the special patrons of the city and island. In 1760 Clement XIII decreed that "the virtues of the Venerable Alonso were proved to be of a heroic degree"; but the expulsion of the Society from Spain in 1773, and its suppression, delayed his beatification until 1825. His canonization took place 6 September, 1887. His remains are enshrined at Majorca.(SOURCE: http://www.ewtn.com/saintsHoly/saints/A/stalphonsusrodriguez.asp

TODAY'S GOSPEL
Luke 14: 1 - 6
1
One sabbath when he went to dine at the house of a ruler who belonged to the Pharisees, they were watching him.
2
And behold, there was a man before him who had dropsy.
3
And Jesus spoke to the lawyers and Pharisees, saying, "Is it lawful to heal on the sabbath, or not?"
4
But they were silent. Then he took him and healed him, and let him go.
5
And he said to them, "Which of you, having a son or an ox that has fallen into a well, will not immediately pull him out on a sabbath day?"
6
And they could not reply to this.
Posted by Jesus Caritas Est at 11:22 AM